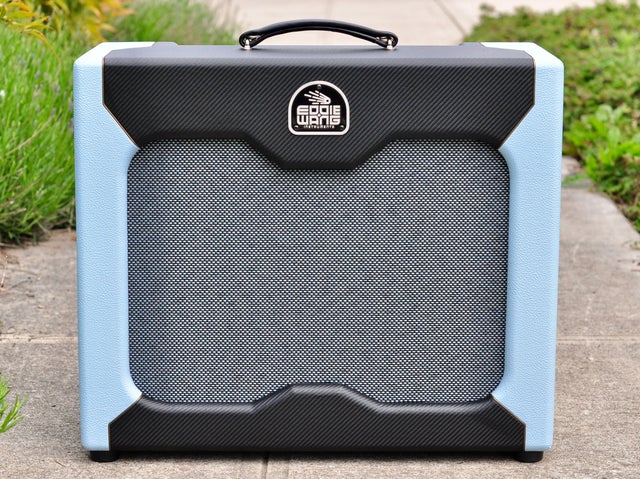 The Polaris is the bigger sibling of the Quantum Zen with a few key differences:

This all original circuit was designed from the ground up to meet the needs of today's guitar players. Unlike most "traditional" designs, you can drive it as much as you want and it will retain that musicality and clarity. Like the Quantum Zen, even the tone controls were completely redesigned to be much more intuitive, useful, as well as being useable through its entire range.

Volume: Works like the volume control on most amps

Charm: This switch tightens and cleans up the bass when down, and adds fullness when up. When overdriven, down gives you a crisp and tight crunch tone; up gives you a creamy drive.

Top: Unlike traditional designs, this "treble" control does not dampen the harmonics when turned down. Use it to brighten dark pickups, or turn it all the way down for some jazzy tones

Watts: Adjusts your wattage to fit your situation. That way, you can practice at your favorite Volume setting no matter where you are.